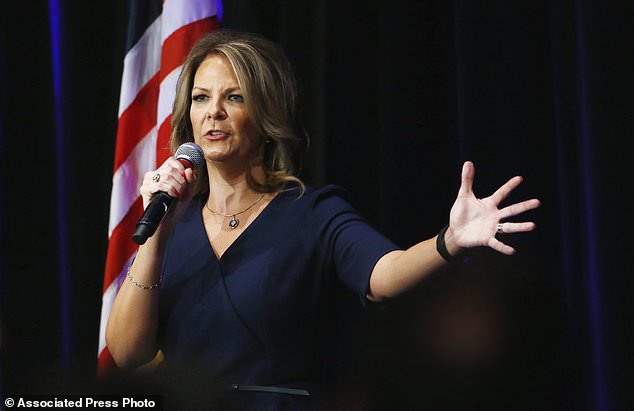 To some, her election has sped up the demise of America, the Grand Old Party and hastened the rapture.

And with those alarm bells, some in the punditry class begin to speculate what shadow organization will be set up to take Republican donors’ money who find Dr. Ward distasteful due to previous actions, associations, and comments (sometimes her comments are as irresponsible as a MSNBC reporter or contributor on Twitter).  The Arizona Republic reporter Yvonne Winchett Sanchez has joined the speculation with the following guesstimate:

During the rowdy state GOP meeting, the committeemen embraced Ward, who emerged over the past two election cycles as a popular personality among the grassroots Republicans who largely represent Trump’s base and so-called "tea party" conservatives even as she failed to win the Republican nomination for U.S. Senate in back-to-back primaries.”

So less than 24 hours after her win, some with the cheerleading of the Arizona Republic and others, are taking on Peter Venkman persona in “Ghost Busters” by proclaiming, “Human sacrifice, dogs and cats living together, mass hysteria!” regarding her election.

Everyone … take a deep breath.

With my hideous background to some, I submit to my donor friends “Relax. Give her a chance.”

Some who are appalled by her win, are often the same ones who proclaim, “We need more bi-partisan approaches. We need to work together.”  Guess what, that doesn’t apply just to Democrats and public policy – it includes working with fellow Republicans that we at worst agree with 8 out of 10 times. As Ronald Reagan said, ““The person who agrees with you 80 percent of the time is a friend and an ally, not a 20 percent traitor.”  Good advice for all Arizona Republicans to adhere too. Those who support whole heartedly Dr. Ward and those that do not.

Give her a chance.  Let us step in a help her recruit electable candidates in swing or pink legislative districts. Help her raise money. Get on board and put the past aside the past because the future is too critical.

If we care about the future of our country, if we care about maintaining majorities in the Arizona legislature, re-electing Martha McSally and supporting Gov. Ducey’s pro-freedom and economic growth agenda, then we need to work together. That includes working with and giving the new Arizona Republican State Chairperson, Dr. Kelli Ward a chance and support.

So gang, take two aspirin, enjoy the beautiful weather, take a Sunday walk and let’s get to work.