Gordon Hayward is shipping out to Boston.

Hayward, who made his name as an All-Star with the Utah Jazz, announced Tuesday in a blog post for The Players’ Tribune that he will be leaving Utah to sign with the Boston Celtics. Hayward will reunite with Brad Stevens, the current Celtics coach who led Hayward at Butler.

Fans have had mixed reactions to the Hayward news. One fan went viral for burning Hayward’s jersey.

And Tanner Ainge, son of Boston Celtics general manager Danny Ainge, is feeling the effects of that decision — at least on social media.

Tanner Ainge, who is seeking to replace Jason Chaffetz in Utah's 3rd Congressional District, was vocal on social media about wanting Hayward to stay with the Jazz. Most recently, he tweeted a link to a MassLive.com article about the Massachusetts “millionaire tax,” which taxes higher amounts to those who make more than $1 million in the Bay State.

@gordonhayward: something to consider over next few days... #takenote http://www.masslive.com/politics/index.ssf/2016/05/massachusetts_legislature_vote.html …

The vote, after hours of debate, marked the first step in a long process that could change the tax code through a 2018 ballot vote.

"Unfortunately, I'm not sure I have a lot of influence there," Ainge said in an interview with the Deseret News weeks before Tuesday's news about Hayward. "Ultimately, Gordon is going to make the decision. I hope he stays."

Will Hayward's decision to flee to Boston affect Ainge's campaign? Republican operative Chuck Warren told Newsweek (also before Tuesday) that it might, since the race for Chaffetz's seat remains wide open.

“It seems ridiculous, but if he goes to Boston and a candidate’s dad takes him away … we’re in an an age of crazy politics, so who knows what could set voters off,” Warren told Newsweek.

After the news broke, some social media users focused on Ainge’s campaign. 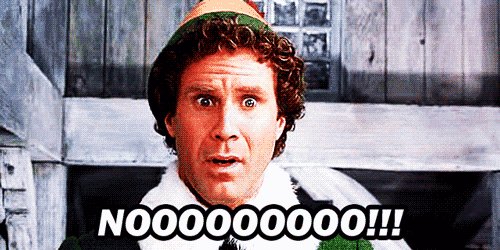 A live look at the @tannerainge campaign 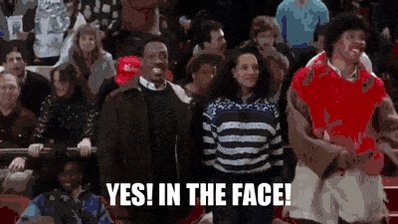 In your face, Tanner Ainge.

And when does Tanner Ainge announce he is dropping out of the congressional race? #utpol

. @gordonhayward it is never too late to make the right decision #stayward #takenote

Your dad just ruined any chance you had.

Final thought on #GordonHayward leaving Jazz. Tanner Ainge now has an exactly 0.0 chance of being elected to Congress in Utah.

. @gordonhayward it is never too late to make the right decision #stayward #takenote

Have fun winning now. Ain't nobody in happy valley voting for you now. Say thanks to your dad. He killed your political career.

May I remind everyone. If Hayward goes to Boston I will do everything I can to keep Tanner Ainge out of Utah office.

Some focused instead on Danny Ainge, a graduate of BYU. 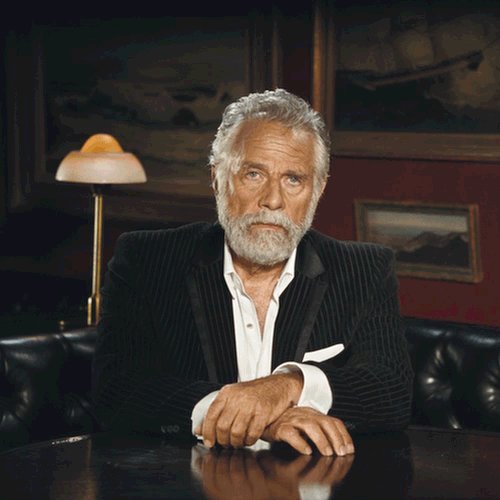 .@tannerainge when his dad told him he wouldn't be winning CD3.

Hey @tannerainge , @danielrainge just lost your election for you in @utahjazz country

Remember folks, a Y alum made you feel this way.

Gordon Hayward, now the former Utah Jazz forward, was one of the NBA’s most coveted free agents this summer before being signed by General Manager Danny Ainge of the Boston Celtics.

One prominent person who was rooting against the Celtics signing was Ainge’s son, Tanner, who is a candidate in the Republican primary for the special election to fill the congressional seat previously held by Jason Chaffetz. Ainge had openly encouraged Hayward to stay in Utah.

With the Jazz being one of just two major sports teams in the state (the Real Salt Lake soccer club is the other), Republican operative Chuck Warren said it’s possible Hayward’s decision could influence the election.

“It seems ridiculous, but if he goes to Boston and a candidate’s dad takes him away…we’re in an an age of crazy politics, so who knows what could set voters off,” Warren said.

Tanner Ainge is facing off against former state legislator Chris Herrod and Provo Mayor John Curtis in the GOP primary. While Herrod and Curtis have more political experience, the Ainge family is well-known in the state. Danny Ainge was a star player at Brigham Young University (BYU).

“If there was a three-sided coin, it’s really a flip of the coin,” Warren said. “It’s wide-open.”

After initially avoiding talking about his father’s attempts to woo Hayward to Boston, Tanner Ainge tweeted a link last week to a story about the Massachusetts legislature voting for a constitutional amendment that would establish an additional tax on millionaires, referencing the high-earning NBA star: “@gordonhayward:  something to consider over next few days... #takenote.”

Tanner Ainge last week told Ross Tucker, a fill-in host on The Dan Patrick Show, that while he “always” wants his father and brother to be successful, “I don’t know why [Hayward] would want to leave.”

Even on Tuesday, as early reports hinted that Hayward was, indeed, headed to Boston, Tanner Ainge made a last-minute push to encourage him to stay in Utah.

“. @gordonhayward it is never too late to make the right decision #stayward #takenote,” he tweeted.

Hayward was an All-Star in the stacked Western Conference in 2017, averaging 21.9 points per game during the regular season. In Boston, he will once again play for coach Brad Stevens, who also coached Hayward in college at Butler University. By adding Hayward, Boston is aiming to challenge the Cleveland Cavaliers for Eastern Conference dominance.

In his Players’ Tribune post announcing his decision, Hayward thanked Utah and its fans for their support.

“I feel like I’m indebted to Salt Lake, twice over. Because not only has this been the city where I’ve started my family, and not only has this been the city that’s helped raise my daughters for the last couple of years...but long before that, during my first few years in the league, I also feel like this city helped raise me,” Hayward wrote. “And I feel like this city took me in, as part of its own family.”

Chris Karpowitz, associate professor of political science at BYU, said he doesn’t expect Tanner Ainge’s support of the Jazz to have much of an impact on the election.

“It’s never bad politics in the state of Utah to support the Utah Jazz, but my guess is it’s unlikely to have a big effect,” he said.

Karpowitz added that if the Jazz had been able to convince Hayward to stay, the Jazz’s front office, not Ainge, would have gotten credit.

While Curtis, a former Democrat, has the highest name recognition, Herrod is the most popular among grassroots conservative activists. Ainge is the biggest wild card in the race, but it is “entirely possible” that he wins the August 15 primary, as he has a fundraising advantage,according to Utahpolicy.com’s Bryan Schott.

But the race is so close, Warren said, that some voters who are Jazz fanatics but don’t follow politics closely may hold Danny Ainge’s successful pursuit of Hayward against Tanner Ainge.

“If you have three people and they split it three ways, and Hayward goes to Boston, does that influence 500 Jazz fans?” Warren asked. “Maybe. I think people are smarter than that, but if all I know is Danny Ainge took Gordon Hayward from my Jazz, there’s a chance I don’t vote for his son because of that.” 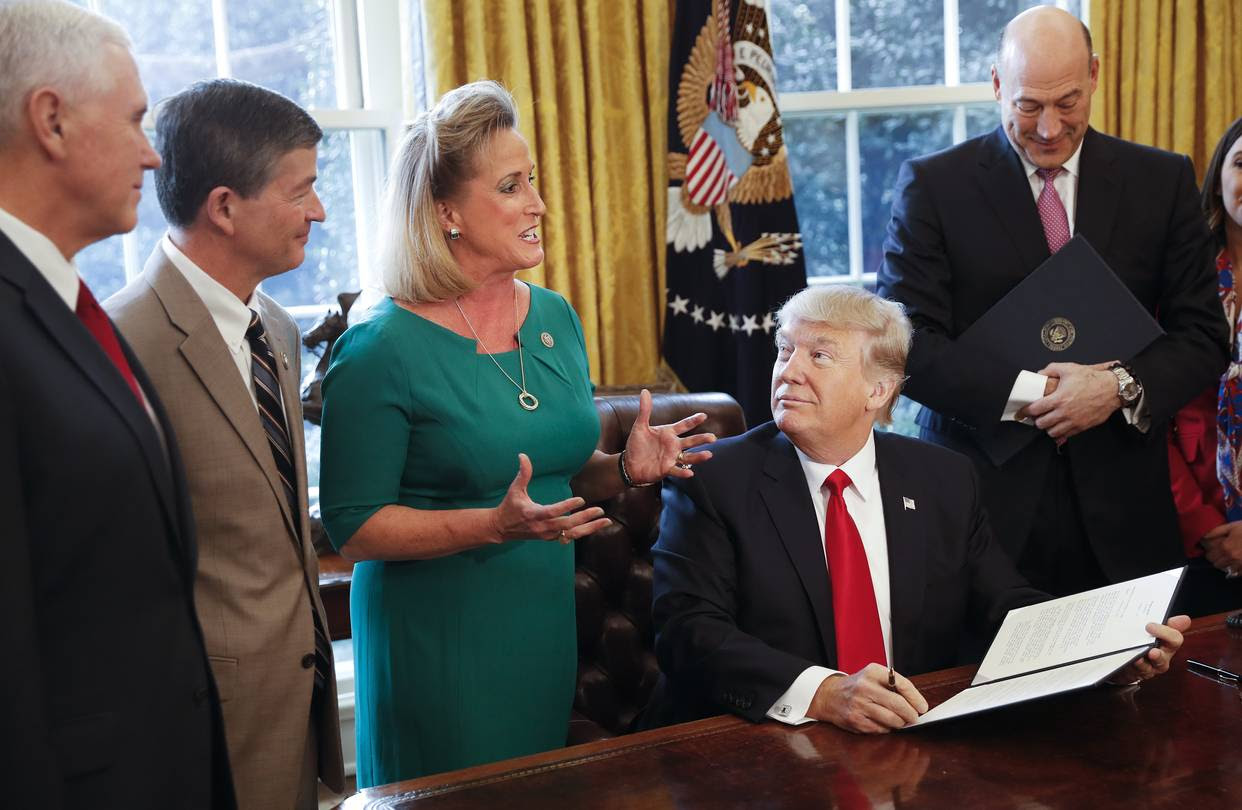 President Donald Trump looks over to Rep. Ann Wagner (R. Mo.), as she speaks before the president signs an executive order in the Oval Office in February. PHOTO: PABLO MARTINEZ MONSIVAIS/ASSOCIATED PRESS

Republican leaders consider next year’s midterm elections a ripe opportunity to strengthen their party’s majority in the Senate, but GOP lawmakers are turning down challenges in states in which President Donald Trump defeated Democrat Hillary Clinton.

Ms. Wagner’s decision follows similar choices by other lawmakers elsewhere. In Wisconsin, Rep. Sean Duffy, a Republican, has decided not to challenge first-term Sen. Tammy Baldwin, a Democrat; in Ohio, Rep. Pat Tiberi, a Republican, is passing on trying to unseat Sen. Sherrod Brown, a Democrat.

Republicans currently hold 52 seats in the Senate, and the party is defending eight of those seats next year. Democrats have 23 seats up for re-election in 2018, along with the two independent senators who caucus with them. Of the Democratic seats, 10 are in states that Mr. Trump, a Republican, won in 2016, five of those by double digits.

Still, midterms are often referendums on the president and Mr. Trump currently has a 37% approval rating, according to Gallup. And history shows the midterm elections more often than not go poorly for the party that controls the White House.

“It’s hard to knock off an incumbent in a good year. In a not-great year, those odds drop even further,” said Josh Huder a senior fellow at Georgetown University’s Government Affairs Institute.

The prospect has left many potentially vulnerable Democratic incumbents without serious challengers. In North Dakota, a state where Mr. Trump won 63% of the vote, Sen. Heidi Heitkamp, a Democrat, has no challenger from the GOP.

While the polls suggest Democrats face significant obstacles picking up seats in the Senate, they have done better in recruiting candidates. Rep. Jacky Rosen (D., Nev.), a polished political veteran, is planning to challenge the state’s senior senator, Dean Heller, a Republican.

Democrats are also hoping to unseat first-term GOP Sen. Jeff Flake of Arizona. Mr. Flake has challenges from both the left and the right.

The National Republican Senatorial Committee declined to comment on the status of its efforts to recruit candidates.

Austin Stukins, executive director of the Missouri Republican Party, said the race to challenge Ms. McCaskill is still early. There are “a lot of great conservatives who are looking at the race, there’s no doubt about that,” he said.

Republicans are gearing up for a competitive race in West Virginia against Sen. Joe Manchin, a Democrat. GOP Rep. Evan Jenkins is challenging the incumbent senator.

Among the challenges facing the GOP recruiters is that the environment in Washington appears toxic, and Congress, which has struggled for years to pass major legislation, is viewed by some as an unproductive and unfulfilling job, said GOP strategist Chuck Warren, who has consulted for Sens. Orrin Hatch of Utah and Lindsey Graham of South Carolina.

“You go back there and all it is, is a food fight,” Mr. Warren said. “Nothing is getting done. Why would you want to sacrifice your money, your family’s time, to go back to a food fight?”